Marco Panascia (pana-SEE-ah) is an Italian-born bassist, composer and educator living in New York City. Panascia has made a name for himself by being featured in the working bands of several jazz luminaries, such as Kenny Barron, Natalie Cole, Eric Reed, Andy Bey, Peter Bernstein and Dado Moroni, and by regularly appearing in some of the world's top music festivals and venues, such as the Montreux Jazz Festival, the Hollywood Bowl and the Kennedy Center for the Performing Arts. Panascia is also known for his tenure with young jazz piano sensation Eldar, which delivered sold-out performances in three continents, and culminated in two celebrated CD releases on the Sony BMG Masterworks label: "Live at the Blue Note", and the Grammy-nominated "re-imagination".

3) Marco's acoustic and electric bass playing is featured on two of Eldar's CDs, on the Sony BMG Masterworks label: "Live at the Blue Note" (2006) and "re-imagination" (2007). 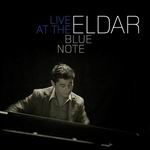 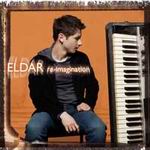 
Marco Panascia's TV appearance with Eldar and Todd Strait in Amsterdam, The Netherlands: